Monday was an interesting day in our house.  My nieces had come to help my mother do some cleaning and my granddaughter came to visit.  We were all enjoying a nice, quiet and productive day until late afternoon.  My niece came upstairs and told me that my sweet little daughter was crying.  I had my niece bring her upstairs.  Here is what happened:

Daughter had just finished with her dance tutor (Niece) and Niece wanted to show them something fun.  She laid on her back and had my daughter sit on her feet.  My daughter was then launched so that she could “fly”.  The flying apparently went fairly well but the landing was a total disaster.  My daughter landed on her arm.

So Daughter climbs into my lap and continues to cry.  I examine her fore arm and ask her where it hurts.  She points about mid arm and says it only hurts when she rotates her arm.  I probe the indicated location, at the same time  I request an ice pack from the observers.  I put the ice pack along the length of her forearm and listen to her version of the story.  I asked Daughter if she is crying because she got scared or because her arm hurts.  She tells me she was scared.  I snuggled her into my lap and told her that she was safe and could stop crying now.  As she begins to calm down she moves her arm and begins to cry again.  Time to see Grandma.

We walk upstairs to Grandma’s and have her look at Daughter’s arm.  Grandma was a nurses aid and a medical aide so she would be able to judge better than I could.  Daughter climbed into Grandma’s lap and told her what happened.  Grandma examined the arm and adjusted the ice pack.  I suggested we go get it x-rayed and Grandma agreed.  Daughter started getting upset stated it was not broken and she did not need to go get it x-rayed.  I left her with my mother for a few minutes while I finished up an e-mail that needed to go out.  When I got back Daughter had stopped crying and had agreed that getting and x-ray would be the right thing to do.  Grandma had a doctor’s appointment so my parents would drop us off at the Emergency Room on their way. 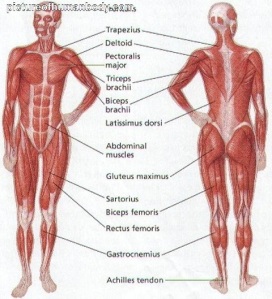 Anatomy has been a passion of Daughter’s for the last several months and she has read her 3D anatomy book several times and explore several anatomy programs.  On the way to the ER Daughter started talking about the anatomy of her arm.  She named the bones and was talking about a “green stick fracture” which is “very common” in small children.  I had no idea what she was talking about nor did my father or mother.  We asked her but she was focused on coping with the pain in her arm and couldn’t really explain it.

Daughter and I walked into the ER and she promptly told the person at the desk that she had hurt her arm again and was hoping it wasn’t broken.  We got her registered and were taken to triage for them to look at her arm and take all her vitals.  My daughter was calm and started telling the nurse about how her arm got hurt and that she hoped it was not broken.  She couldn’t remember the names of the bones now, but the nurse named them and my daughter was content.  We immediately went back for the x-ray which only took about 20 minutes.

Back in the waiting room  because they didn’t have any rooms available.  My daughter is breathing slowly and deeply and talking about many different things.  She is really focused on the fish tank in the waiting room and enjoying the antics of the fish.  She tells me they are trying to make her smile because they know she is not feeling well.  Daughter is starting to get anxious as the shock starts wearing off but is still breathing deeply and working to stay relaxed.  She is so calm that I am starting to feel bad that it is taking so long.  I know that her arm hurts.

We get called back and they settle us into a room.  It is not too long before the doctor comes in and shows us the x-rays.  Her arm is broken.  Both bones just above the wrist.  It is a compression fracture and the alignment is still perfect.  No setting required, thank goodness.  Daughter shows off her knowledge of bones and fractures by talking to the doctor about how compression fractures happen.   Her arm is splinted, we are given the name of the doctor to follow-up with and released.  On our way home we hit the drive through for dinner.

What did NOT happen in all this time?  Did you notice?  I didn’t and I felt like a horrible mother when I realized it.

She was not given even one  tiny little baby asperin the whole two hourse we were in the Emergency Room.  She was so calm and talkative that they all probably though someone had already given her something.  When they placed her arm for the x-ray all she said was, “Ow.”  When they moved her arm to splint in all she said was “Ow.”  She had handled the pain with deep breathing, relaxation and distraction.  That is a lot of pain for a little 8-year-old girl to handle.  Broken bones hurt!

Can you tell I’m proud of my daughter?  Her big brothers in the army were sure impressed with how well she did.  We all were.  I don’t know if I would have been so calm or handled it so well.  How would you have done?

6 thoughts on “She Broke Her”