Did You Not See?

When my oldest daughter was around 18-24 months old she was very active and precocious.  This particular evening my ex, Daughter and I were at the table eating dinner.  Daughter was sitting in her booster seat and filled with energy.  She kept turning around backwards, standing up, turning sideways and kneeling.  Every time she would do one of these my ex would say, “Sit down or you will fall.”  “Turn around or you will fall.”  “Stop that, you are going to fall!”  Since she did not stop we can all guess what happened.  She fell.  Her father looked down at this sweet child laying on the floor looking up at him and sternly asks, “Just what do you think you were doing?”  Looking up at her father Daughter heaves a “you poor man” sigh and says (in that “are you blind?” tone), “I falleen Dad!”

You Should Know This

I have a son whose nickname was “Li’l Man” and he has always lived up to it.  The Winter he was in kindergarten we had a lot of snow.  We walked to school so I made sure all the children had warm coats, gloves, hats, etc.  I watch out the window as Son and his older siblings come home from school.  Son is not wearing his coat, gloves or hat and crying.  When they come into the house I ask him what is wrong even though I already know the answer.  His hands were so red with cold that they hurt.  I told him that he should have put his coat on instead of dragging in through the snow all the way home.  His response:  “It isn’t manly.”  I wrapped my warm hands around his cold ones and we rocked in the big recliner while we talked.  He explains, in the tone of someone stating the obvious, that men did not wear coats when the sun was out like it was that day.  I reminded him that even though the sun was out it was still really cold outside and his body needed the warmth provided by his outer clothing.  “But I’m not cold Mama, just my hands.”  We agreed on a compromise that worked for both of us.  He only had to wear his coat if he was cold but he would wear his gloves if it was cold outside.  The next afternoon I watch my children walking to the door after school.  Son is smiling in his short sleeve shirt and winter gloves. 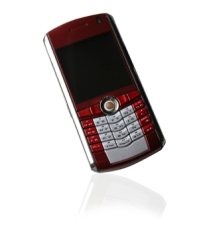 I am notorious for losing my smart phone.  I refer to it as my brain since everything I need to remember is in there along with my calendar and address book.  It usually goes something like this.  I am looking around the house obviously searching for something.  My daughter will look at me, roll her eyes and say, “Mom, did you lose you brain again?!”  The exasperation in her voice betrays her thoughts.  “It’s probably in plain sight, again!  It’s a good thing it is not a snake.”  She will then shake her head and say, “Did you look ______?  That is where I saw it last.”  That is usually where I find it.  Sometimes she just shakes her head and goes and gets it.

I love my children.  They bring so much sarcasm, attitude and joy into my life.  Have a great weekend everyone!