There are those who throw together a costume out of whatever they have around and then there are those who take the Cecil B. DeMille approach.  My children seem to take the second approach as they ask for costumes.  They even have made suggestions on the design of the request.  Here are some of the costumes that my daughter and I have made over the years. 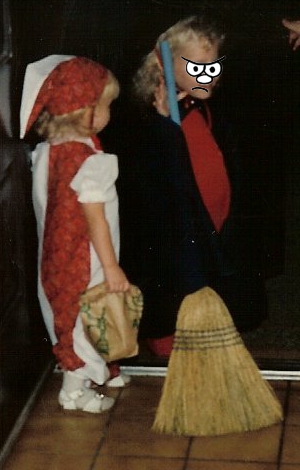 A Clown and a Witch 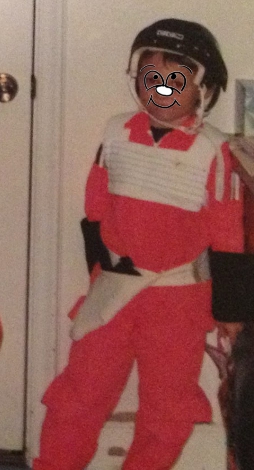 I didn’t make the Ewok, but I did make two X-Wing fighter pilots, four pirates, a sleeping beauty and a Princess Leigh.

The Princess and the Pirates 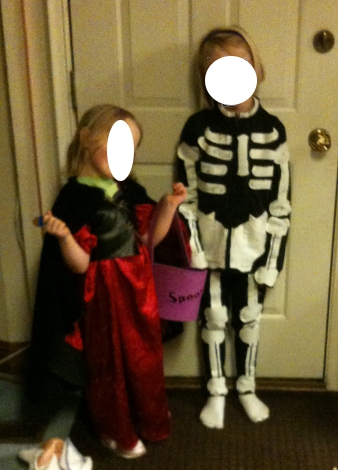 Sleeping Beauty & the Lady in White 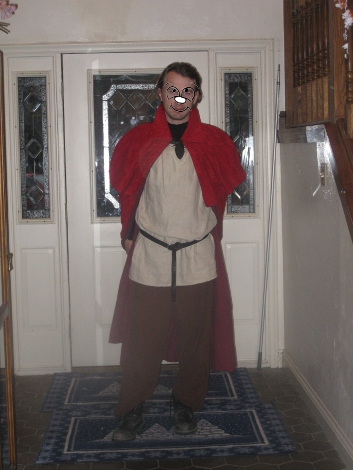 Note: Faces have been changed to protect the guilty.  All candy fines were paid and fun was had.

HAPPY HALLOWEEN EVERYONE!  Be safe Trick or Treating.