Like so many others, I have watched the video of the dad shooting his daughters laptop.  If you haven’t you can go here http://youtu.be/kl1ujzRidmU.  This is obviously a father who loves his daughter.  It is obvious in the disappointment in his face as he talks to her on camera that he expects better of her.  Do I think it was overkill?  Do I think that it will do damage to his daughter’s emotional development?  NO!!!! 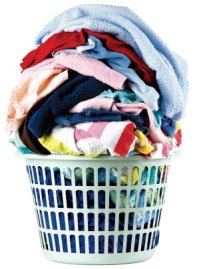 My parents raised 9 children in Silicon Valley California.  We were provided with clothes for school and church, music lessons, instraments and some extra curricular activites.  We lived on a mini-farm with cows that needed milking, horses , pig, chickens, cats, dogs, ducks, geese and a very large garden that needed tending.  We had basic in house chores like cleaning bathrooms, bedrooms, folding laundry, dishes, vacuuming etc.  We also had outside chores like milking the cows twice a day (4am and 4pm), feeding animals, cleaning pens, weeding, mowing lawns, etc.  My brothers learned to sew and do housework.  We girls learned to swing a pick and a hammer.

My dad had a well paying job with IBM but there were a lot of us.  There was only so much money to go around.  My mother spent over $1,000 a month on groceries even with milk cows, a garden and fruit trees.  My mother did daycare in our home to pay for our music lessons and instruments.  If we wanted anything extra my  parents favorite phrase was: Get a job.

I started babysitting at 11.  At my mother’s suggestion I charge less than my friends and take the obnoxious children no one else would.  I gained a reputation among the children as the fun babysitter.  I gained a reputation among the parents as the babysitter that got children to behave.  I earned an average of $1,000 annually for the next several years.  That was over 30 years ago.  Over twice what my friends earned.  I was also paid more because the parents “tipped” me.  I also cleaned other peoples houses, did typing and painted fences.

I paid for my drivers training.  I paid for band trips.  I paid for the “cool” things that were popular at school.  I had money to go to the movies or the mall.  We were required to run errands and put gas in the car when we started driving.  There was a $25 fine and loss of priviledges if we left the car in the driveway with an empty tank.  I learned to appreciate the value of a dollar.  I learned that if I spent money on stupid stuff I wouldn’t have any for what I really wanted.

I have tried to pass the same education on to my own children.  Here are some of the things that I have done that apparently psychologists would have deemed harmful to their development.

My 8-year-old needed new winter boots.  Our budget was limited so she was givin a choice.  She could buy the ones she REALLY wanted but she had to earn the extra $15 or she could accept the good sturdy boots that looked nice and would be more practical.  This is a very difficult decision for a child.  After thinking about it for 20 minutes she opted to take the less expensive boots.  She has since decided that they were the better purchase because they are easier to walk and run in.

This same child then decided that her dollhouse needed a new family.  She asked me if I would get one.  I told her that they cost a lot of money (about $20) and that if she would earn half the money I would put in the other half.  She spent a month saving money from her $3 per week allowance.  The new family arrived a couple of weeks ago and she will tell anyone who will listen the arrangement that she and I made.  She is so proud that she could earn the money, purchase something and then get a package in the mail with her name on it.

My oldest daughter accumulated some fines at school and didn’t tell me until she was walking out the door to summer camp.  Needless to say, I was not a happy mother.  I paid the fines and waited for her to get home.  When she came home she was grounded and required to clean our very filthy garage to repay the money.  It took two weekends with her boyfriends help.  She decided it was so NOT worth the $30.

I think that it is this entitlement attitude shown by the daughter that has become prevelent amongst adults and children alike that is the root cause of our nations decline.  People want things NOW and it would be nice if someone else would pay for it.  They work until they have “put in their time” and not until the job is done.  Our best is no longer required because “good enough” will do. 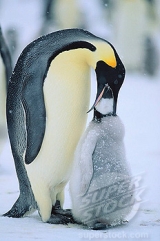 Well Dad, I am behind you 100%.  I’d have done the same thing to my child.  I might have offered to pay her for the work that she did at the going rate for a cleaning lady, but in exchange she would be required to pay for her own food, electricity, water and phone.  It is parents like this man who are the saving grace of this country.  He obviously works hard and is successful to be able to provide those luxuries for his daughter.  Too bad she doesn’t appreciate what her parents do for her.  So Dad, make her responsible to pay for the things that she wants.  Responsibility is good for a child.

Thanks Mom and Dad for teaching me how to be responsible and giving me the ability to really appreciate what I have.