Well, yesterday was an interesting day.  I’ve been really tired and distracted with all the activity in my brain.  No surprise there.  Well I guess the defrag and at least some of the updates were completed because yesterday, in church of all places, I experience a mental reboot.

I was feeling out of sorts yesterday before church, but decided to attend.  I’m trying to set a good example for my daughter who loves going to church.  About half way through our main meeting I started feeling light-headed and dizzy.  Not an uncommon occurrence so I wasn’t to worried about it.  I figured I’d just go home before the auxiliary meetings and sleep it off.  Didn’t happen. 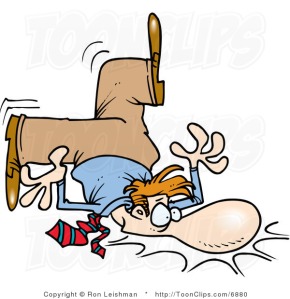 I slumped over onto the bench and my mother encouraged me to get up so she could take me home.  When I got up to go I lost my balance and sat back down on the bench.  One of the men at church offered to help me to the car and took my arm.  I made it to the end of the bench, but then I went down.  Face down, but there were many hands to catch me so I didn’t hurt myself.  I don’t remember much except saying I was cold and my chest hurt.  Someone covered me with a nice warm coat and people kept talking to me.  I was trying to answer questions, but I just wasn’t all there.

When the EMT’s arrived they made me talk and if I was unresponsive one of them pushed on my chest which was already hurting.  I remember thinking, “Just let me sleep, I’m really tired.”  Anyway, they hooked me up to who knows what, poked my finger to test my blood sugar and gave me a Garfield bandage.  I remember someone saying that I wasn’t aware of where I was and then feeling indignant because I knew exactly where I was.  I was on the floor in the chapel at church.  Just because I couldn’t tell them what time it was, doesn’t mean I’m confused.  I was just too tired to open my eyes and look at the stupid clock.

Going For A Ride 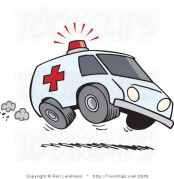 People kept asking my if I was feeling stressed or upset when all this started and I kept saying, “No.”  They kept asking if I knew what set this off and I said, “My brain needed a reboot.”  Then of course there was the brilliant person who asked me why did I think this happened.  My response, “I had nothing better to do this afternoon.”  My mother told them it was because I didn’t want to make dinner.

In the ambulance they hooked me up to a heart monitor and ran a test, but noting seemed out of sorts.  They were concerned about a couple of possible blockages, but not overly.  I was given 4 baby aspirin and a nitroglycerin tablet.  Have you ever tried to swallow when your esophagus is spasming?  At least all I had to do was chew the tablets and the nitro just sat under my tongue.  Then my tongue started to go numb and  my head (which was already starting to hurt) really started to hurt. 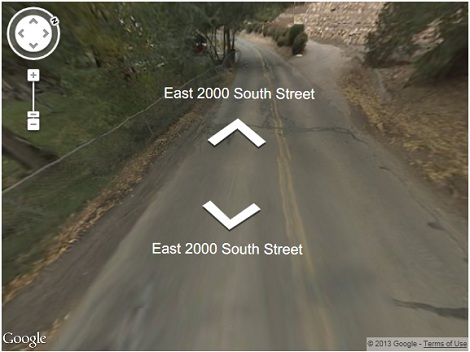 Between my church and the hospital is a narrow windy road that goes down a fairly steep hill.  I remember thinking (and possibly saying) rollercoaster ride.  They asked my name and age for the 4th time.  Why they kept thinking I said 36 I will never know.  I corrected them and said, “I’m 46!  I have grandchildren.”  They seemed very surprised at the grandchildren part.

They take me into the hospital and get me settled into a room in the E.R.  As they are getting ready to leave one of the EMT’s, a very sweet young man, puts his hand on my arm and says, “Are you okay?”  I looked at him and said, “If I was would I be here?”  He shook his head and chuckled.  I thanked him.

More questions:  What is your name?  When were you born?  What do you think set this off?  Why do you think this happened?  Are you allergic to anything?  Etc.  As for the why, I didn’t want to do the dishes since our dishwasher is broken.  As for allergies, I’m allergic to X drug, the adhesive on bandages and dish soap.  Yes I really am allergic to dish soap.  It leaves a rash and blisters on my arms.

They put more tabs on me for the cardiologist to check my heart again.  The nurse gave me some adavan for the anxiety/panic.  I asked the doctor if he knew the difference between an anxiety attack and a panic attack.  He did not so I explained it to him.  He asked if my chest pain was lessening and I said, maybe a little.  I know I made some sarcastic remarks and then had to apologize and explain that was how I coped with what was happening.

My mother kept telling everyone that I had been depressed for weeks, but that just isn’t true.  Nobody listened to me though.  I can understand her confusion.  I’ve been exhausted and slept a lot for the last few weeks.  I have been, however, engaged and interested in what is going on around me.  I have become interested in things I haven’t been interested in for a very long time.  I’ve been relaxing with jigsaw puzzles, books, movies and music.  I’ve run away to the movies once or twice.

I know the constant fatigue and sleeping is are symptoms of depression, but they are also symptoms of other things.  Like hardware and software upgrades in your brain.  I’ve given up trying to explain it to my mother, she just smiles, nods her head and says I’m sure that’s part of it too.  AWWWWWW!

Anyway, I’m resting for the next several days.  I think I’ve slept off the last of the adavan, which is now my new drug of choice.  It doesn’t make me drunk nor leave me with a hangover and peanut butter for brains.  The last time this happened, I felt better afterwards and was able to function better.  I am hoping for the same results this time.

On the fun side I have played Can you find all the stickers from the heart monitors.  I though I found them all last night when I removed about 10 of them.  Then this morning I found two more.  I hope that is all of them because I can’t see anywhere else the would be.

Have a great Monday everyone.  I know that I will.