Okay, so this is a reference to another of my favorite Christmas movies.  It is also a distinction between Christmas when I was a child and now as an adult.

I grew up in southern and central California.  Winters were fairly mild with a combination of rain and sun.  I don’t remember much about southern California because I was only about 5 years-old when we moved to central California.  While it may have been in the 20’s or 30’s in the morning, it was often in the 50’s and 60’s in the afternoon in December.  Coats were not required, but jackets were optional. 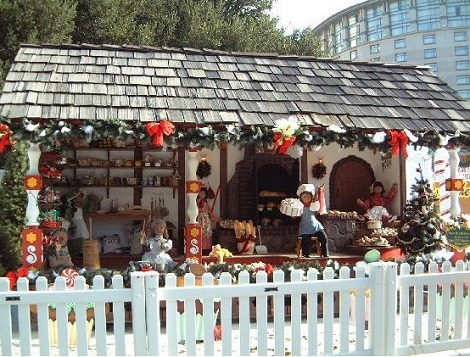 I often wished for snow because it was something that we traveled to.  It was a rare treat when we visited my grandparents in Utah.  The reality was that we often spent Christmas day playing outside in jeans and a sweatshirt testing out new bikes, roller skates or rubber balls.  Sometimes it would rain, but we played in that too.

After I got married and left home winters became very different.

I was in Germany for a few years where winters were cold and dark. Warm days were 35 degrees and the snow was usually knee-deep.  We often made snowmen on the balcony of our apartment.  Christmas was always white and very cold.  Days seemed very short to this California girl.  The sun came up around 9am and went down around 4pm.  Even so, we really enjoyed the experience.

I lived in Reno, Nevada for several years.  Winters were not as extreme as Germany, but we still had snow.  I remember one Christmas we had a storm that dumped a huge amount of snow.  The wind blew drifts up against the back of our house that went up the roof.  I didn’t realize it until I opened the back door to send my children out to play and found a solid wall of snow.  We went out the front door and around to the back.  My toddler was so excited until I put him down and the snow was up to his armpits.  I spent a couple of hours digging out our back door and clearing the snow from the back windows so that we could get some sun into the house.  My children thought it was awesome for about 30 minutes.  Then they went in the house and had hot coco while I finished shoveling snow.  I remember thinking how nice it would be not to be the mom at that point.

Now I live in northern Utah, just south of Salt Lake City.  We usually have snow on Christmas.  Sometimes a lot and sometimes not so much.  This is a mountain desert so the amount of rain and snow varies from year to year.  This year we seem to be getting a good amount of snow and are planning a white Christmas.  My daughter is looking forward to some sledding at our local park with her friends.  I am looking forward to a good book, a comfortable chair and some hot coco.

May Your Christmas Be Perfect

While your Christmas may be rainy or white, warm or cold, I hope that it is a great Christmas.  May it be filled with love, laughter and lots of fun.

For those who celebrate other holidays this time of year, may they be happy times full of love, laughter and joy.

Merry Christmas and Happy Holidays everyone!