Yesterday was the 11th anniversary of the airplane attacks on the Twin Towers and Pentagon and the downing of United Flight 93.  It was a day of remembrance and solemnity. 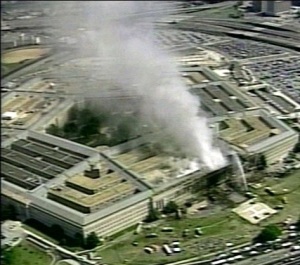 I was just getting up and checking into the office when I heard of the attacks.  Our company closed down all their U.S. offices because we had people in the Twin Towers.  I remember sitting on my couch watching with shock and horror as the passenger jets slammed into the towers.  I watched in terrified fascination as the reports continued to roll in.  I wanted to turn it off and shut it all out because of the overwhelming sense of sorrow for those in the buildings and their families.  I couldn’t though.  I prayed for all those touched by this tragedy and I still do.

My children were young then.  My sons only were only 8, 10 and 13.  Now my sons are grown and have joined the Army.  They fight in the war that was started 11 years ago.  One son has been to Afghanistan and one to Iraq.  They have seen things that wound the heart and mind.  My heart aches for my sons as they serve their country.  At the same time, I am so proud of them for their patriotism and commitment.

A couple of weeks ago I was on the island of Oahu in the Hawaiian Islands.  I visited the military memorials from WWII.  Watching footage of the attack on Pearl Harbor made me think of the attacks on 9/11.  There are few times since the War of Independence that American soil has been attacked by another nation.  In the hopes of demoralizing us as a nation these attacks were launched, but have only served to unite us as a country and take the fight to the enemy. 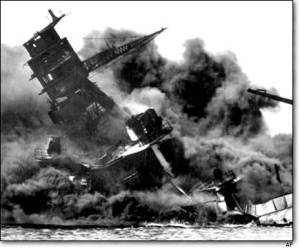 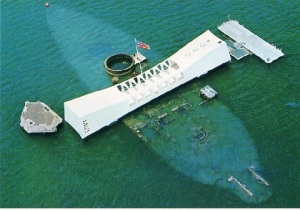 It Is In the DNA

The spirit of “We the people” of our United States cries out for freedom and independence.  My family history is one of pioneers and trail blazers.  They didn’t whine and expect the government to help them.  Then put their belongings in wagons and hand carts and walked across this great nation to build homes and raise families.  They were ranchers, farmers and professionals.  Men, women and children who worked to create communities.  These are histories and traits that have been passed from generation to generation as a part of the American DNA.

“America is great because she is good. If America ceases to be good, America will cease to be great.”   ―    Alexis de Tocqueville

We have been given much as a nation and have the responsibility to reach out to others in need.  While many decry the destruction we have caused with atomic bombs, smart bombs, wars and police actions they seem to forget that every country that we have “conquered” we have invested in and rebuilt.  For countries suffering from violence, famine, pestilence and epidemics we have sent aid.  Americans have volunteered their time and resources to reach out and help.  Doctors have provided needed medical care in poor countries around the globe.  Schools have been built and learning supplies provided for children.  Food, clothing and basic necessities have been sent.  Individuals have gone and taught farming, dug wells, helped start businesses and many other activities.

Now that I have rambled on in patriotic zeal, this post is dedicated the to memory of all Americans and what makes this country great.