The other night, on her way to bed, my sweet daughter kicked the corner of the wall in the kitchen.  Now, as you know, this can be really painful.  Emergency medical attention was required.

Daughter had just gotten a drink and was going to bed.  Walking out of the kitchen she kicked the corner of the pantry wall.  The wall instantly bit her second toe in response to the violence inflicted upon it.

“What happened?” I asked.

“I kicked the wall.”

Daughter then bends over and checks the wall and in a serious but disgruntled voice states,  “It’s fine.”  She then sits down on the floor and proceeds to cry.

My nephew checks on Daughter’s foot and informs me that it is bleeding.

“It is very possible,” Nephew responds.

“I guess we should call an ambulance.”  I then scoop my crying child off the floor and run around the kitchen counter making siren noises.  The ‘ambulance’ stopped by the kitchen stool and the child was deposited for surgery.

The doctor (me) examines the injured digit.  There is a huge 1mm cut on the top of Daughter’s second toe.  It is bleeding profusely (just a hint of blood) and emergency measures are required. 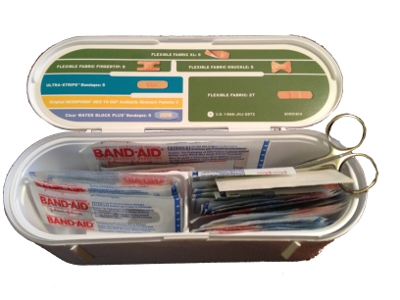 The operating instruments are assembled. 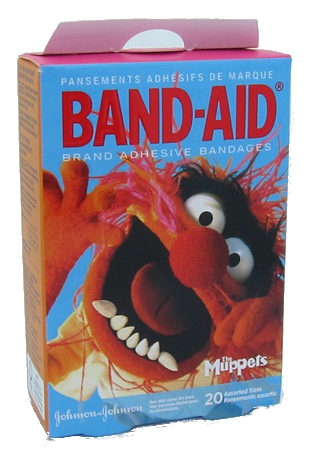 The appropriate dressing is carefully chosen to cover the gaping wound and keep the toe properly attached to her foot.

The proper bandage was carefully prepared and gently wrapped around the toe.

During the medical procedure Daughter moaned with pain (“Ow, ow, ow”).  My surgical assistant (Nephew) examined my work and declared the surgery a success.  Daughter was then given post operative instructions, “Off to bed with you.”

The seriousness of this situation had engendered intense stress.  Throughout the entire process Daughter couldn’t decide whether to laugh or cry so ended up doing a lot of giggle whining.  Nephew made a valiant attempt at seriousness, but was a total failure as indicated by his undisguised laughter.  I, on the other hand, was able to maintain a serious and professional demeanor throughout as any concerned parent would.

As Daughter stalked indignantly down the hallway to her room both Nephew and I broke into unrestrained laughter.  After relieving the strain of such a serious accident with laughter therapy I went down the hall to tuck in Daughter.  She tried valiantly to look annoyed at the emergency medical treatment she had received, but broke into a smile when I asked after her condition.  Hugs and kisses were exchanged, blankets were adjusted and all was well.

Daughter’s toe did not fall off during the night and has healed well since the incident two days ago.

The wall continues to be cranky and threatens feet and toes any time someone walks past.  I think it is time to get it “fixed”.  Hopefully that will lessen the aggressiveness of the wall.

Leave a Reply to My Ox is a Moron Cancel reply