My oldest child tells everyone that she is the guinea pig child.  Being the first her parents tried all the parenting experiments and made the most mistakes.  This started me thinking, what does that really mean?  Are oldest children totally screwed?

There are two very important facts that need to be known before discussing parenting.  For those of you who don’t have children, they don’t come with instruction manuals.  For all those with children, the hospital will not repossess your child if you do not pay the bill.

Being a middle child and the mother of six polar opposite children, I have gained an interesting perspective on the oldest child.  The one thing I have learned is that I’m glad I am not one. 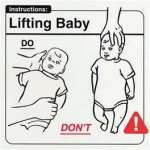 There were nine (yes 9) children in my family growing up, plus whoever happened to come home with us.  I am number four.  We had loving involved parents who cared about where we were and what we did.  The oldest child in my family is a girl.  She was the first granddaughter (5th grandchild).  She got to do everything first.  I had to share a room with her and being older she had more say about the rules.  Being 6 years younger I was envious and thought she was bossy. 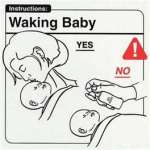 My oldest was the 1st baby in her daddy’s family in 12 years.  She was the 1st girl.  She was the 1st baby her uncle had ever held.  Oldest was the first baby I had ever traveled with on my own.  We flew to Germany.  She suffered through the parental learning curve of bedtime, discipline, allowable behavior, etc.  She had to deal with my emotional swings and yelling.  She has turned out to be a wonderful and responsible adult and a great mom.  Despite her parents.

I wonder about only children.  They are the guinea pig child, but they are also the youngest.  What an interesting position that puts them in.  They have no one to scare with the horror stories of their parents early years of parenting.  They have no one to complain about because things are different from when they were little. 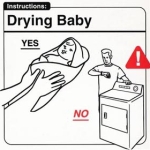 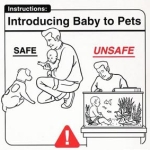 Studies have shown that oldest children are usually more grounded and responsible than their younger siblings and only children.  Thinking about this as I watched my children interact I’m not surprised.  The oldest works kinda like a parental assistant.  They scare their younger siblings into compliance with horror stories of what happens when certain actions are taken.  They buffer between their parents and the younger siblings when emotions run high.  The are given more responsibility and are required to be a good example to their younger siblings.  They don’t have an older sibling to stand up for them at school.

Your Parents are Nicer Than Mine 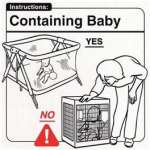 There are 19.5 years between my oldest and my youngest.  My oldest daughter often complains that it is not fair.  She had psycho mom and her little sister gets normal mom.  She was required to be in bed by 7pm.  She had more chores and responsibilities at that age.

Blame It On the Children

Who really is the guinea pig?  Is it the parent?  Or the child?  Let me know what you think.

4 thoughts on “The Oldest Guinea Pig”